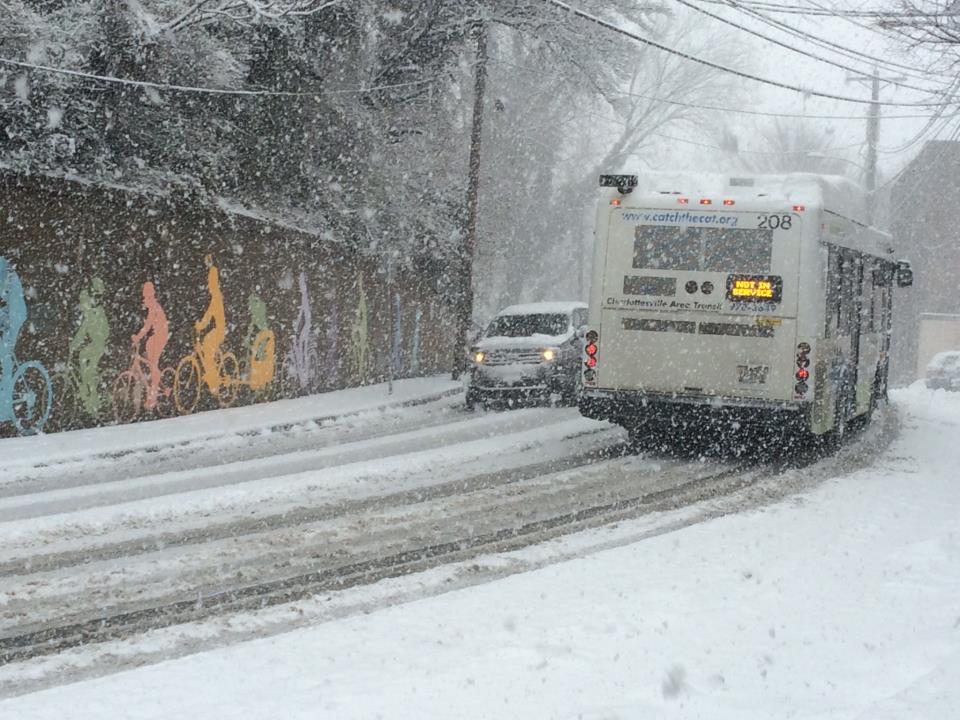 Clearing city streets and sidewalks is a difficult process that takes time, hard work, and good communication between residents, business owners, and the City. The City clears snow from roadways, publicly owned sidewalks, the Downtown Pedestrian Mall, and many municipal and public school parking lots. Multiple City departments play significant roles in these efforts, helping to return our travel ways to a safe condition as quickly and efficiently as possible.  Citizens and businesses play their part as well, by clearing privately owned sidewalks to provide safe pathways for our many pedestrians.

Our community’s first snow/ice removal priority is to open major roadways, so that our Police and Fire departments can effectively respond to crisis situations in as many areas of the City as  possible.  A high value is also placed on minimizing winter weather’s impacts on our public transportation network.  For these reasons, in most winter weather events, major roads are cleared and/or salted first.

Only when these roads are passable do we begin clearing neighborhood streets bearing minimal traffic.  After major storms – such as those experienced in the winter of 2009- 2010 – it may take several days of work occurring around the clock before the City is able to move into low-volume residential streets.

When plowing any street, our first aim is to open a path wide enough to allow vehicles to pass. Major streets with multiple lanes are cleared from curb-to-curb when possible.  On residential streets, the aim is to first clear a path the width of a snow plow.  This opens traffic, and also minimizes large piles of snow that may linger for days or weeks after the storm.  It is unavoidable that a city plow truck will deposit some snow in driveway entrances. The city will not come back to clear it. It is the property owner’s responsibility to clear the snow.

Public Works cannot respond to individual calls for special service until all routes have been satisfactorily cleared.  As appropriate, crews will then work to clear crosswalks and bike lanes. During a larger snow event, the City may declare a snow emergency.  Citizens will be alerted of parking restrictions on major roadways.  In the event a Snow Emergency is declared, snow will be plowed from the travel lane into the vacant parking lane. The City will then remove snow from the parking lane based on need following each snow event.  Emergency Snow Route roads include: