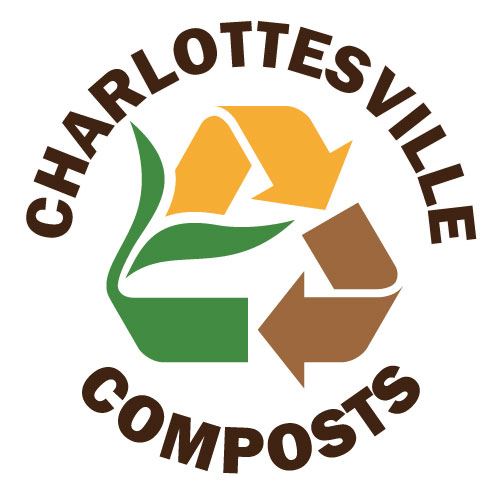 Always wanted to start composting but:

Charlottesville offers multiple services for composting as well as support and tips to get you started. We aim to make composting - whether you live in an apartment or have yard space - easy.

Charlottesville offers several options for residents to start composting, making it as easy as 1-2-3!

Check out Where Can I Compost in Charlottesville? for information on drop-off locations, backyard composting, and curbside collection.

For a list of what can (and can't) be composted, check out our starter Composting Guidelines (PDF) list.

Check out our Composting in Charlottesville and at Home flyer (PDF) for tips on setting up your kitchen to begin collecting compostable household items and learning the basics of composting.

How Charlottesville's Composting Programs Got Started

The City of Charlottesville began to offer its first composting collection service to residents in 2015 at its weekly City Market, April through October. The program was modeled on Arlington County’s composting drop-off program at their weekly farmers’ market and was made possible through an EPA landfill diversion grant and the timely establishment of a nearby DEQ-permitted commercial composting facility. This program model was selected due to the success experienced in Arlington and with acknowledgements of City staff capacity and funding limitations.

Composting at the City Market was very popular with participants. As the end of October drew near, a budget request for funding for the next year’s City Market season had been submitted but a gap in service between October and April existed. Due to the program’s popularity, the regional solid waste authority voted to offer a drop-off composting program for these months at its staffed regional recycling drop-off center, located about 1.5 miles from the City Market location. The recycling center location program used the same rules and guidelines as the City Market program, including offering free compostable plastic bags to participants. The recycling center was open 6 days per week during its regular hours (approx. 8am-6pm) and included drive-up parking spots. The program was such a success that the solid waste authority later decided to make the composting collection an ongoing year-round service. Both the Recycling Center and the City Market programs continue to operate in parallel to each other, and residents can choose to use either one or both of the locations.

In 2018, the City of Charlottesville also began offering an unstaffed drop-off location that requires residents to sign up (for free) to be assigned to a location and be given the lock code for the drop-off bin. This program has seen continual sign-ups and has also remained successful.